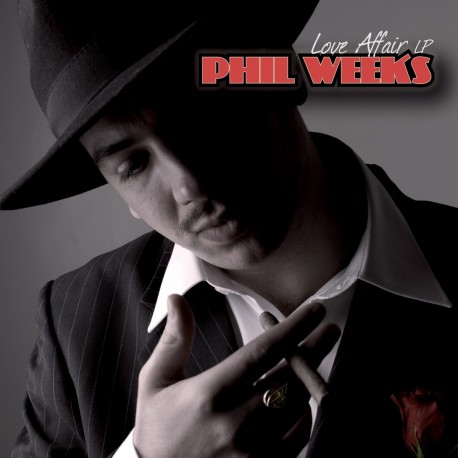 This product is no longer in stock

Phil Weeks presents his second artist album, ‘Love Affair’, released through his own Robsoul Recordings imprint in late February. ‘Love Affair’ will be released on CD, digital download and limited edition double pack vinyl. The 11 track LP marries the classic and unmistakable sound of the Parisian producer with a more soulful and funky side: “I got inspired by listening to a lot of soul, hip hop and love songs. It s a particular side of me that I’m
really into at the moment – there’s no acid or techy tracks on the album (I love that also as people know) – it’s all about soul music and funk influences.”

‘Love Affair’ has been crafted on no more than an MPC3000 sampler with beats, samples and Phil’s own vocals manipulated expertly into house rockers. Speaking further of the album concept and it’s production Phil Weeks explains, “It’s all about sampling, cutting, tweeking the samples in pieces and doing a puzzle. Like they do in Hip Hop – producers like Jay Dilla, DJ Premier and 9th Wonder. I was inspired a lot by this. The MPC3000 has a special groove and a sound that I love and I’m trying to do that with House music for this project.”

The first single taken from the album in late 2010 ‘All Day Every Day’ was extremely well received and set the tone for the full-length project. DJs including DJ Sneak, Danny Howells, Yousef, KiNK, X-Press 2, Mark Farina, Seth Troxler and countless others showed their support, it placed at #2 in Resident Advisor’s most charted tracks of December, picked up strong reviews from iDJ, DJ Mag, Only For DJs.